Chester FC Women began their pre-season schedule with a 4-1 victory over a Crewe Alexandra Ladies XI at the Alex Soccer Centre in Shavington. 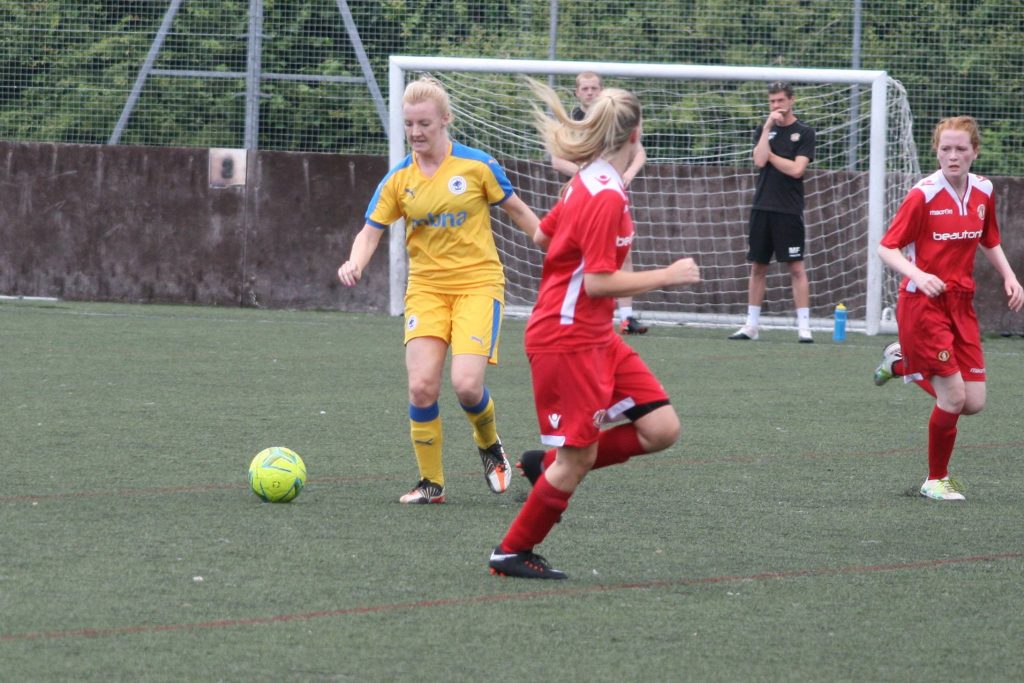 Emma Gray headed the Blues into the lead on her debut when she connected with a fine Rachel Lever cross and Lever doubled the lead with a smart finish from a Debs Trayner through ball to make it 2-0.

Chester moved 3-0 up when Traner netted in confident fashion with Gray claiming the assist and although Crewe pulled one back with a smart strike from distance, the visitors secured the win in the closing stages when Trayner got her second from captain Lauren Stringer’s knock down.

It was a disciplined and promising performance from the squad against a very talented Crewe side with all players getting a run out in the sweltering heat including a number of new signings.

Next up for the Blues is a testing trip to Merseyrail Bootle on Thursday July 13th before a visit to Llandudno Ladies on Sunday, July 16th.