Chester FC players and staff visited the Countess of Chester Hospital to deliver presents to the Children’s Ward in time for Christmas.

The presents come courtesy of donations from supporters to the Big Yellow Self Storage Christmas Toy Appeal. It is the third year the Blues have supported the appeal and it gets bigger and better every year.

The entire first-team squad – along with Manager Marcus Bignot and CEO Mark Maguire – attended. Then, staff along with Lucas Dawson, James Jones, Ryan Astles, James Akintunde and Jordan Archer went across to the Ward to see some of the young children and present them with gifts. 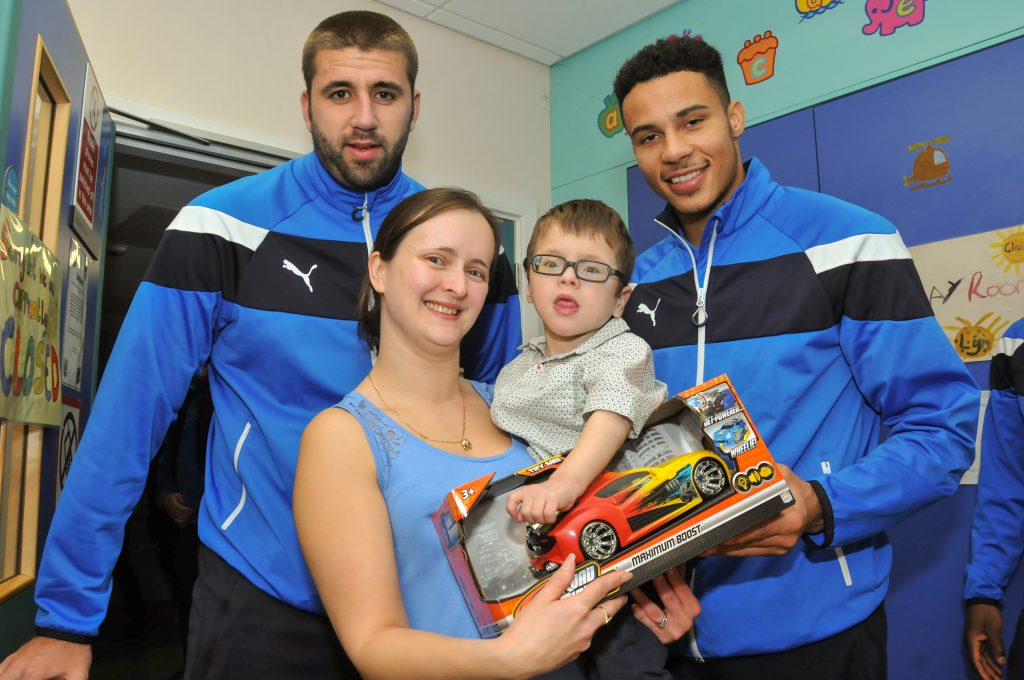 Jeff Banks, of Big Yellow Self Storage, said: “We’ve been able to take many of the donations to the Children’s Ward at the Countess of Chester Hospital.
“It lit up the faces of the ill children currently in hospital and I’m very thankful to the club for once again joining us in helping put smiles not just on the faces of the children in hospital, but also several local charities who are also going to deliver the presents to children and their families in time for Christmas Day.”

Manager Marcus Bignot said: “I know how much it means to the children.

“At Christmas time it hits home – it’s not nice to see young children ill; but especially at this special time of year. We just really hope we’ve played a small part in making their day and putting smiles on faces.

“It’s another example of this football club and what it stands for. We’re glad we did it – for the players and myself it really puts things into perspective.” 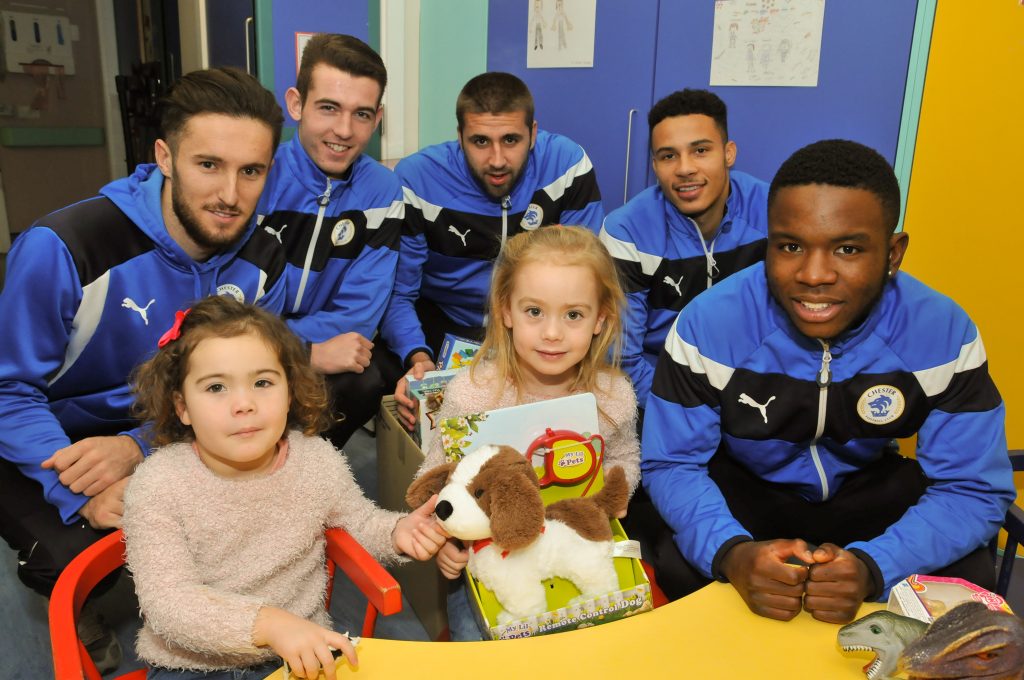 “We’re very grateful to the hospital for allowing us to make this visit. It’s something we place a lot of importance on and hopefully brings a little festive cheer to children and their families at a tough time.

“The players’ visit is a little bit of relief for the kids and they spent time chatting with them, handing out gifts and having photographs.

“The doctors, nurses and staff do amazing work and this is one small way in which the club can show its appreciation.”

Charities benefiting from the donations include The Countess Charity, Save the Family, Children’s Services, Local Solutions, Cheshire Buddies and Age UK.

To date, with further donations still to come in, £5,000 worth of new toys and gifts have been donated to the appeal.