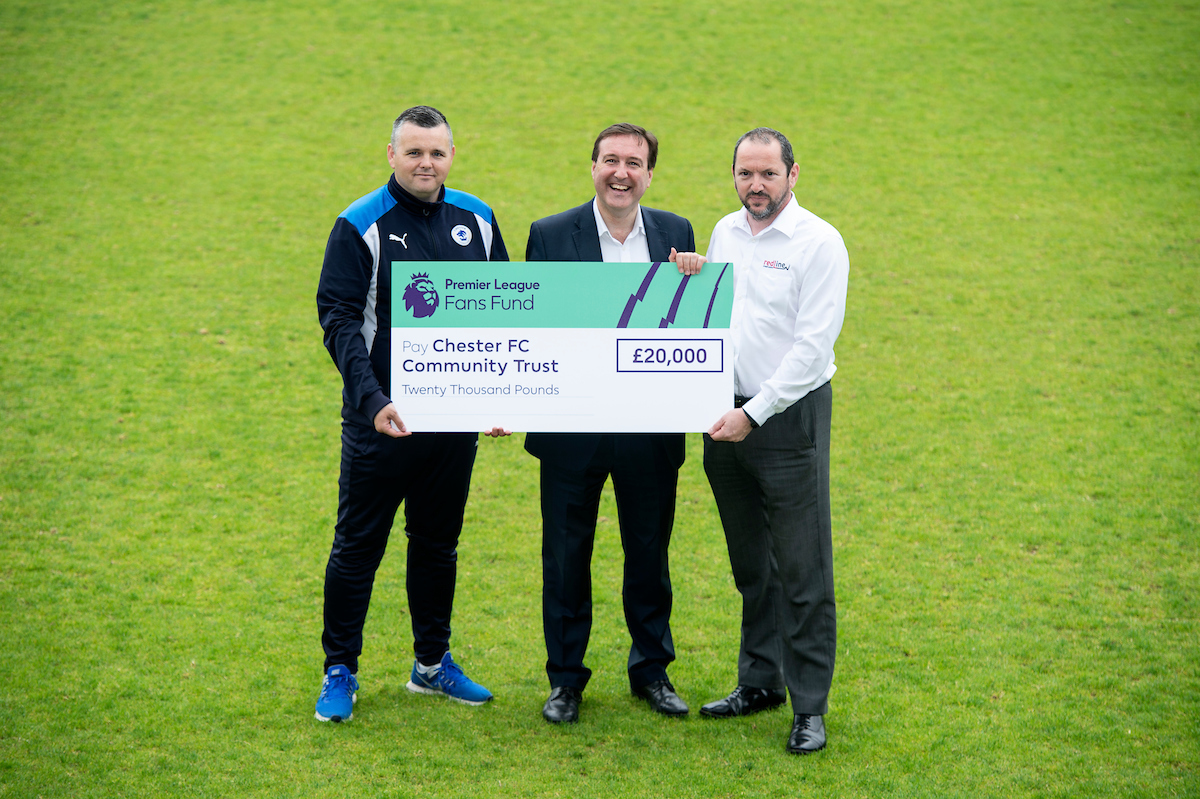 The £20,000 grant will help the Trust, which uses the appeal of National League club Chester FC, to deliver social outreach programmes across the area. This will include their Fans First project, which will centre on engaging more young supporters and families on match-days.

The Trust will create a new family-friendly fan zone and a community area in the Swansway Chester Stadium, which will be vibrant and fun places for supporters to engage with Chester FC ahead of kick-off. Face painting and football inflatables will be just two of the additions to the area which aim to encourage more young supporters to get involved.

In addition, the funding will support the upskilling of volunteers who can aid the delivery of new supporter initiatives and the planned expansion of two junior fan groups; the Junior Blues (for 5-15-year-olds) and Cestrians 1885 (for 16-25-year-olds).

Through this Premier League investment, the Chester FC Community Trust hope that that the fan zone will engage 300 new supporters during the 2018/19 season and encourage 300 new members to join the junior fan groups.

Chris Matheson, MP for the City of Chester and a member of the Digital, Culture, Media and Sport Select Committee, said: “I’m really pleased to be able to officially award funding for Chester FC Community Trust’s Fans First initiative. It is great to hear of their plans to engage more young supporters through the project, helping to improve the club’s relationship with its fan base.

“I’d like to thank the Premier League for their support of projects such as this one, which will have great effect on improving a club’s local following by providing a better experience and further engagement opportunities for supporters. I wish the Trust all the best with their project.”

Jim Green, Chief Executive of Chester FC Community Trust, said: “We are so grateful to the Premier League Fans Fund for supporting this project and we believe it will have a significant impact.

“It is essential for supporter-owned clubs like ours to engage and empower fans to help us improve what we do. This project will provide an improved experience for our existing supporters, support our wider work in inspiring the next generation and enable us to reach out to new fans.

“We are delighted to welcome Chris Matheson MP to the Swansway Chester Stadium to share in this. He has been very supportive of the club and understands the role our club plays in the community.”