Chester FC Walking Football features all the skill, tactics and fun of the beautiful game, but with one rule - no running!

We run two sessions each week on Mondays from 4pm to 5pm and Fridays from 12pm to 1pm - both at King George V Community Sports Hub in Blacon.

Walking football is a slow-paced version of the beautiful game initially designed for the over 50s, helping to increase physical activity and offering a route back into playing football for those who had to stop due to injuries.

As the name suggests, it is non-contact and sprints, runs or jogs while the ball is in play will be penalised with a free-kick awarded to the opposition.

The rules are much the same as the traditional game, however there are some differences. The squads are smaller, free kicks are indirect, kick-ins replace throws, there are no offsides and the ball must be kept below head height.

The game is as mental as it is physical, stopping the urge to run is an early challenge and passes must be made with pinpoint accuracy.

With less stress on the body and no real sudden change of direction or cutting movements the game allows participants to play without apprehension and at their own pace.

Walking football is a fantastic way to keep fit and reduces the risk of injury and falls, while acting as a great way to meet new people 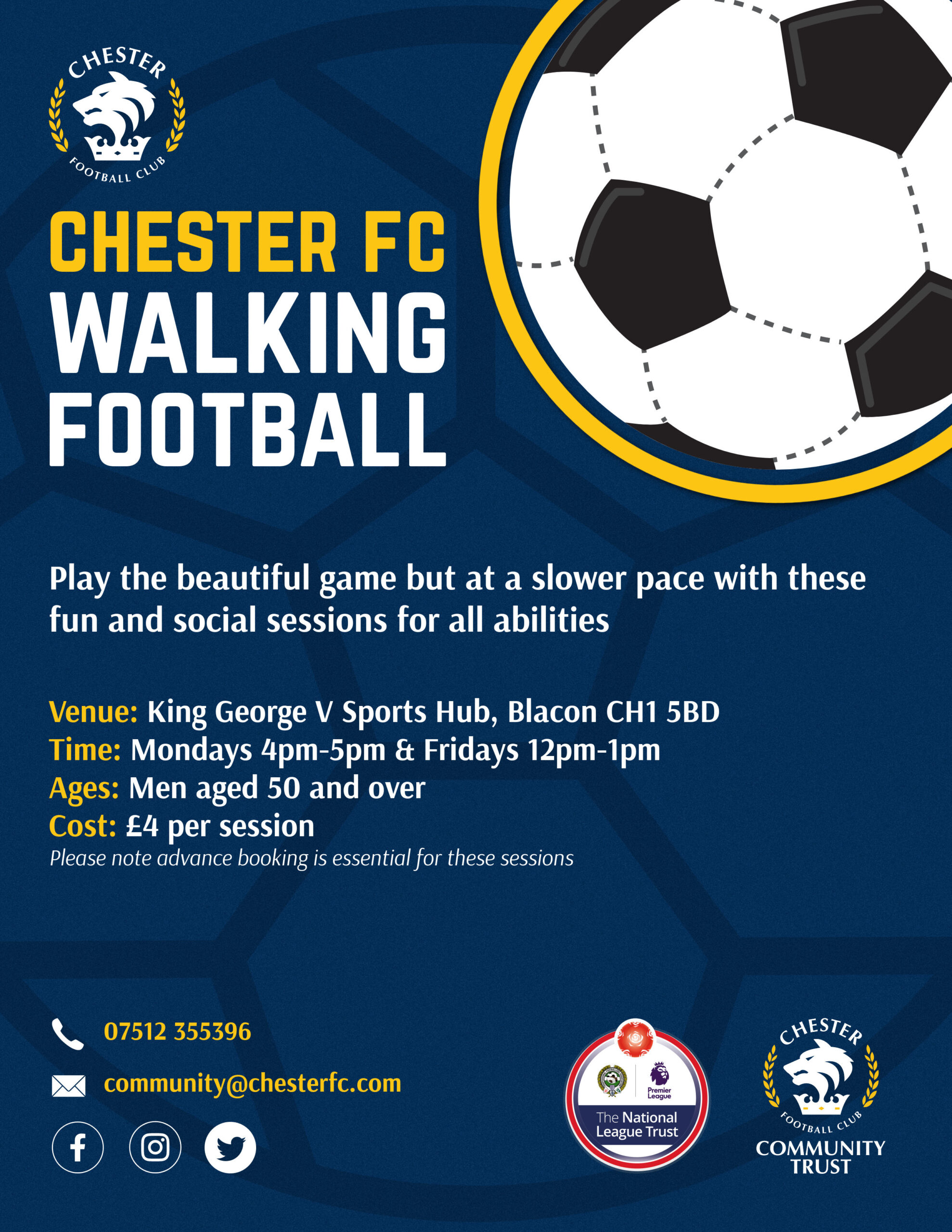