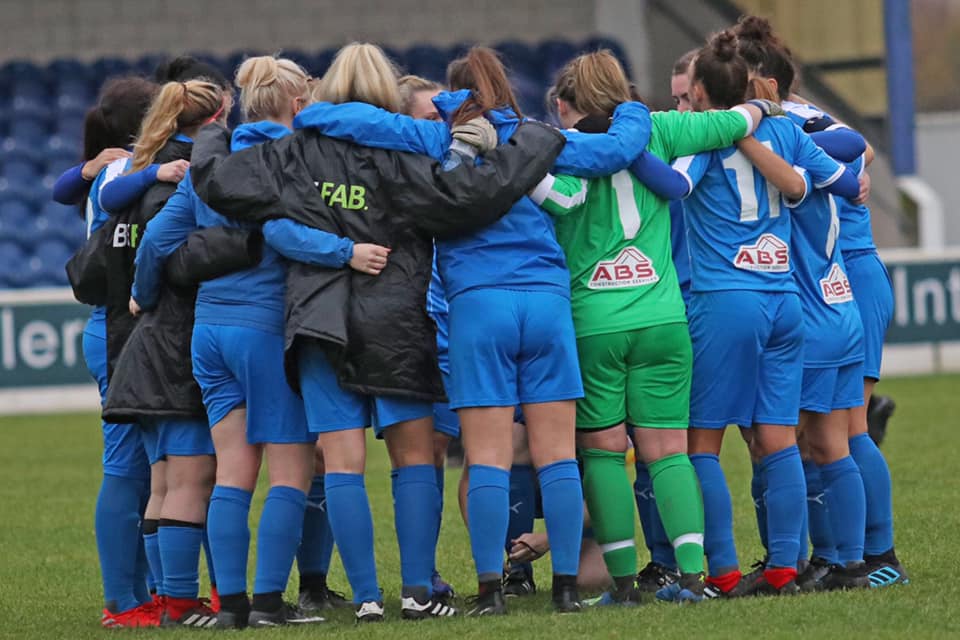 Chester FC Women has announced an exciting step forward in preparation for football’s return with the formation of a Development Squad.

The successful Under 18s team will move into open age football for 2020/21 to further strengthen the club’s women’s and girls’ programme.

When it is safe to do so, the Seals will be holding open trials and are now inviting prospective new players to register their interest.

Martin Fitzsimons, Chester FC Women’s manager, said: “It’s a massive step forward for everyone involved with the club. Especially in recent times, it gives everyone something to look forward to when we can take to the training field again.

“Personally, I’m really excited about it. Not only does it allow us to further progress the talent coming through our ranks, but it enables everyone to work closer together and gives the first team squad more strength and depth in our bid for sustainable success.”

Ben Richards, Development Squad head coach, said: “It’s been a long process to get to where we are but we now have the foundations in place to continue to have a competitive squad and a genuine pathway for female football from the Girls PDC right through to our women’s teams.”

With support from the club’s principal partners MBNA, the women’s and girls’ section runs through Chester FC Community Trust and has gone from strength to strength in recent seasons.

The first team play in Division One South of the North West Women’s Regional Football League while the new development side will compete in the Cheshire Women’s & Youth League with the Girls Player Development Centre (PDC) provides a pathway from U8s through to U16s.

Jim Green, CEO of Chester FC Community Trust, said: “We are fortunate to have some really passionate and talented volunteers with the women’s section and their input has been key to its recent successes.

“This is a great step forward and underlines our commitment to provide opportunities for the best local talent to represent Chester FC at the highest possible level.”

Players interested in attending the open trials can register here and will be contacted once dates have been confirmed when it is safe to do so.