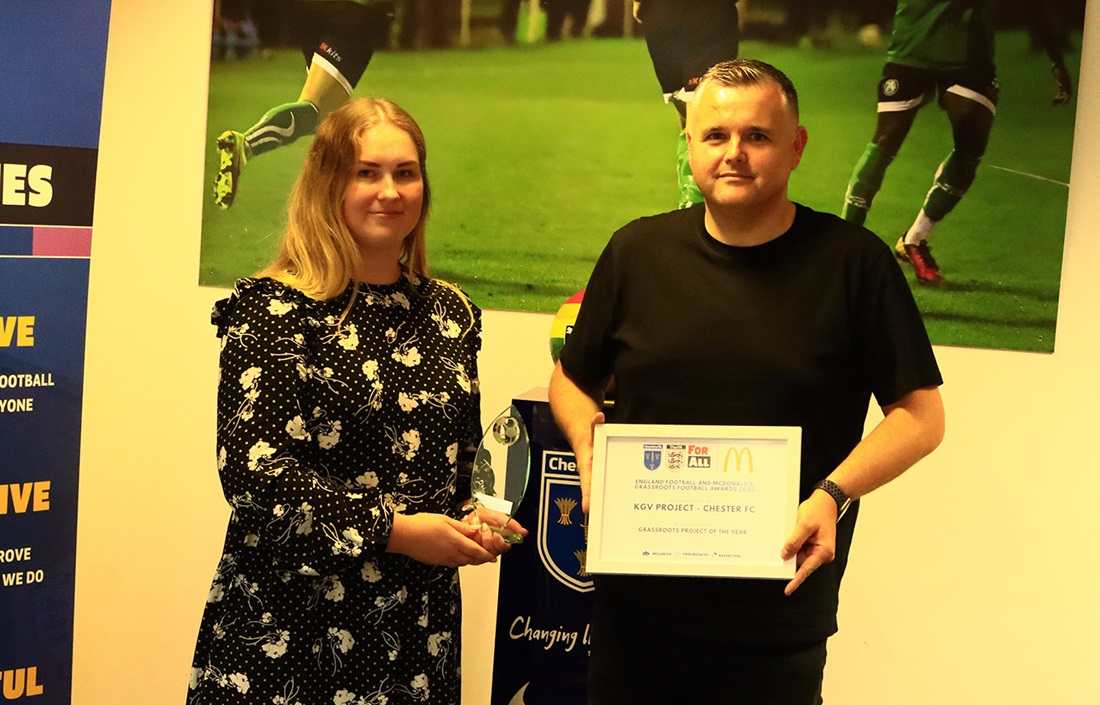 Community Trust CEO Jim Green collected the Grassroots Project of the Year prize in The McDonald’s Grassroots Football Awards during the event, which celebrated the acheivements of clubs, coaches, referees and volunteers within Cheshire’s grassroots football community.

The award was presented by Vesta Pear, Facilities & Investment Manager at Cheshire FA, who has played an important role in the development of the sports hub.

On behalf of Chester FC Community Trust, thanks to Cheshire FA for the opportunity to be part of the evening and their continued support of our work.